June has been the best reading month for me this year because I managed to finish 8 books! This was also the first month in years that I had a TBR list as I let my friend pick the books that I’d read (link to that post is here) and I actually did so well with it. Out of the 5 books that she picked I read 4 of them which I am so happy with and also so surprised because I’m so bad at sticking with TBRs. Maybe I’ll try and challenge myself more often with TBRs…

Here are all of the books that I read in June!

The Hazel Wood by Melissa Albert

I managed to do a mini review for this book so if you’re interested in knowing my thoughts on it, click here!

Seventeen-year-old Alice and her mother have spent most of Alice’s life on the road, always a step ahead of the uncanny bad luck biting at their heels. But when Alice’s grandmother, the reclusive author of a cult-classic book of pitch-dark fairy tales, dies alone on her estate, the Hazel Wood, Alice learns how bad her luck can really get: her mother is stolen away―by a figure who claims to come from the Hinterland, the cruel supernatural world where her grandmother’s stories are set. Alice’s only lead is the message her mother left behind: “Stay away from the Hazel Wood.”

Alice has long steered clear of her grandmother’s cultish fans. But now she has no choice but to ally with classmate Ellery Finch, a Hinterland superfan who may have his own reasons for wanting to help her. To retrieve her mother, Alice must venture first to the Hazel Wood, then into the world where her grandmother’s tales began―and where she might find out how her own story went so wrong.

Save the Date by Morgan Matson 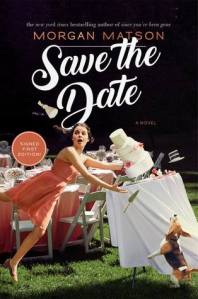 I featured this book in my Friday Favourites post for June because I loved it so much. The link to that post is here!

Charlie Grant’s older sister is getting married this weekend at their family home, and Charlie can’t wait—for the first time in years, all four of her older siblings will be under one roof. Charlie is desperate for one last perfect weekend, before the house is sold and everything changes. The house will be filled with jokes and games and laughs again. Making decisions about things like what college to attend and reuniting with longstanding crush Jesse Foster—all that can wait. She wants to focus on making the weekend perfect.

The only problem? The weekend is shaping up to be an absolute disaster.

There’s the unexpected dog with a penchant for howling, house alarm that won’t stop going off, and a papergirl with a grudge.

There are the relatives who aren’t speaking, the (awful) girl her favorite brother brought home unannounced, and a missing tuxedo.

Not to mention the neighbor who seems to be bent on sabotage and a storm that is bent on drenching everything. The justice of the peace is missing. The band will only play covers. The guests are all crazy. And the wedding planner’s nephew is unexpectedly, distractingly…cute.

Over the course of three ridiculously chaotic days, Charlie will learn more than she ever expected about the family she thought she knew by heart. And she’ll realize that sometimes, trying to keep everything like it was in the past means missing out on the future.

This was another book that I did a mini review for, so click here if you want to know more!

Welcome to a ‘perfect’ world.

Where war is illegal, where harmony rules.

And where your date of birth marks your destiny.

But nothing is perfect.

And in a world this broken, who can Amity trust?

The Start of Me and You by Emery Lord

It’s been a year since it happened—when Paige Hancock’s first boyfriend died in an accident. After shutting out the world for two years, Paige is finally ready for a second chance at high school . . . and she has a plan. First: Get her old crush, Ryan Chase, to date her—the perfect way to convince everyone she’s back to normal. Next: Join a club—simple, it’s high school after all. But when Ryan’s sweet, nerdy cousin, Max, moves to town and recruits Paige for the Quiz Bowl team (of all things!) her perfect plan is thrown for a serious loop. Will Paige be able to face her fears and finally open herself up to the life she was meant to live?

Daughter of the Burning City by Amanda Foody 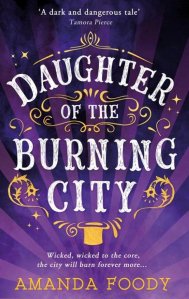 I was so excited about this book for the longest time but unfortunately I was really let down by it. I’m still not 100% sure what it was about the book but I just couldn’t get into it properly and struggled to connect with any of the characters. It was a really interesting concept but sadly I didn’t manage to fully enjoy it as much as I wanted to.

Sixteen-year-old Sorina has spent most of her life within the smoldering borders of the Gomorrah Festival. Yet even among the many unusual members of the traveling circus-city, Sorina stands apart as the only illusion-worker born in hundreds of years. This rare talent allows her to create illusions that others can see, feel and touch, with personalities all their own. Her creations are her family, and together they make up the cast of the Festival’s Freak Show.

But no matter how lifelike they may seem, her illusions are still just that—illusions, and not truly real. Or so she always believed…until one of them is murdered.

Desperate to protect her family, Sorina must track down the culprit and determine how they killed a person who doesn’t actually exist. Her search for answers leads her to the self-proclaimed gossip-worker Luca, and their investigation sends them through a haze of political turmoil and forbidden romance, and into the most sinister corners of the Festival. But as the killer continues murdering Sorina’s illusions one by one, she must unravel the horrifying truth before all of her loved ones disappear.

I picked this one up because it looked like quite a short book and I didn’t want to read a long one. I don’t really know how I feel about this one – I didn’t hate it but I also didn’t love it? This is my third Colleen Hoover book so I kind of knew what to expect when I started the book but there wasn’t really anything about it that blew me away. It was a really fast read though, but the ‘twists and turns’ didn’t really blow me away.

Auburn Reed is determined to rebuild her shattered life and she has no room for mistakes. But when she walks into a Dallas art studio in search of a job, she doesn’t expect to become deeply attracted to the studio’s enigmatic artist, Owen Gentry.

For once, Auburn takes a chance and puts her heart in control, only to discover that Owen is hiding a huge secret. The magnitude of his past threatens to destroy everything Auburn loves most, and the only way to get her life back on track is to cut Owen out of it—but can she do it?

I loved this one so much – if you want to know my thoughts for this one, click here!

This morning, Kady thought breaking up with Ezra was the hardest thing she’d have to do. This afternoon, her planet was invaded.

The year is 2575, and two rival megacorporations are at war over a planet that’s little more than an ice-covered speck at the edge of the universe. Too bad nobody thought to warn the people living on it. With enemy fire raining down on them, Kady and Ezra—who are barely even talking to each other—are forced to fight their way onto an evacuating fleet, with an enemy warship in hot pursuit.

But their problems are just getting started. A deadly plague has broken out and is mutating, with terrifying results; the fleet’s AI, which should be protecting them, may actually be their enemy; and nobody in charge will say what’s really going on. As Kady hacks into a tangled web of data to find the truth, it’s clear only one person can help her bring it all to light: the ex-boyfriend she swore she’d never speak to again.

I have a lot of mixed thoughts about this book most of which is thanks to the ending. I actually found this a really emotional read and I teared up quite a few times whilst reading it – it was definitely very powerful and thought provoking. However, I feel like all of that was ruined by the ending which felt extremely rushed to me because it just ended without any warning. I can’t really say much without spoiling the book, but I feel like it could have done with an epilogue just to completely wrap things up because there were a lot of loose ends.

Five months ago, Valerie Leftman’s boyfriend, Nick, opened fire on their school cafeteria. Shot trying to stop him, Valerie inadvertently saved the life of a classmate, but was implicated in the shootings because of the list she helped create. A list of people and things she and Nick hated. The list he used to pick his targets.

Now, after a summer of seclusion, Val is forced to confront her guilt as she returns to school to complete her senior year. Haunted by the memory of the boyfriend she still loves and navigating rocky relationships with her family, former friends and the girl whose life she saved, Val must come to grips with the tragedy that took place and her role in it, in order to make amends and move on with her life.

What are some of the books you read in June?