I’ve talked a lot about My Lady Jane since I finished it a couple of months ago and I’m so happy that a book tag has been created in honour of the series. I was tagged by Rebecca @BookishlyRebecca to do this tag that she created with Ellyn @allonsythornraxx and I’ve been so excited about these questions for the longest time – thank you so much Rebecca for tagging me!

Thank the person who nominated you

Answer all of the questions down below

Pingback to the creators: BookislyRebecca and Ellyn 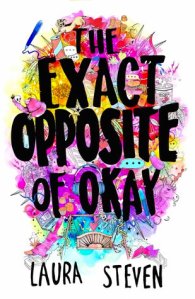 The Exact Opposite of Okay by Laura Steven

This is one of my most recent reads with a character on the LGBTQ+ spectrum. There are so many relevant issues that are shown throughout the book, one of which is a character’s coming out journey. One of the things that I loved most about this was that I was able to experience the character’s emotions throughout her journey, even if it didn’t go exactly as she planned. This book is honestly so great and I can’t recommend it enough!

Lady Jane Grey: A Short Book That Packed a Punch 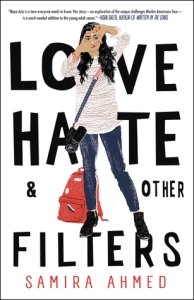 This book was around 200 – 300 pages which is quite small compared to some of the books I’ve read recently. It was such an important and relevant story that I’ll always be thankful for reading. There’s a really good balance between the serious issues that are raised within the novel, and also the romance that comes with the contemporary genre – all of which are hinted at in the title. Even though it was a relatively short book, it’s still one that I think a lot about months after finishing it.

North and South by Elizabeth Gaskell

I haven’t read that many classics, but I fell in love with North and South when I read it for University. I’ve always struggled to connect to characters in books that were written over two hundred years ago, but I found it so easy to follow along with the main character Margaret. She grows so much as a character throughout throughout the book which surprised me at first but she almost becomes a completely new person by the end.

I have so many favourites so it’s really hard to choose but I’m going to go with Heartless by Marissa Meyer. As much as I love fairy tale retellings, there’s just something about the villain’s origins that I love even more. I think it’s because the authors can be as creative as they want as there isn’t really any expectations about how the story will turn out. I know that this was a standalone book but I still want more from that world!

Calamity Jane: Your Most Anticipated Release

I cheated and picked two books because I couldn’t decide! I’m pretty much always excited about new books but these two caught my eye at YALC and I can’t stop thinking about them because they sound incredible.

The Nowhere Girls by Amy Reed

I just finished this book a couple of days ago and I loved it so much. It’s another incredibly important book that focuses upon a range of topics some of which include rape culture, feminism, and autism – but there’s so much more in this book as well. I got so involved in this book and there were so many instances where I wanted to get involved in the Nowhere Girls group as well. It was just such a powerful book!

This was a tough one for me because there’s so many books that I think deserve more attention but I had to go with A Thousand Nights by E.K. Johnston. I know that it’s not a book for everyone and I completely understand that, but so many people write this book off without giving it a proper chance. I know that it’s a really slow book and I think part of the problem is that it’s often compared to other retellings of A Thousand and One Nights and it’s not considered to be as good. But it’s written so beautifully and it’s so magical – it just needs a fair shot instead of constantly being compared.

The Lady Janies: Two or More Authors You Wish Would Write a Book Together

Rebecca had some really great choices when she did this tag, such as Jenny Han and Morgan Matson which I think is so perfect and needs to happen! Other than those two authors, I think right now I would say Rick Riordan and Cassandra Clare. Both of these authors write such diverse and amazing characters so I would love to see them join forces and write an epic mythical book!