I did a blog post about the highest rated books on my Goodreads TBR a couple of weeks ago. The results of that were pretty interesting, so I thought I’d look at what books have the lowest ratings. I’m hoping that this will maybe change my opinion on some of them and then I can get them off my TBR list haha.

Here are the 5 lowest rated books on my TBR!

The Forest Queen by Betsy Cornwell 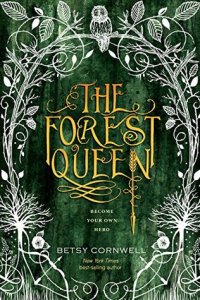 I’ve been so incredibly excited about this book because it’s a genderbent retelling of Robin Hood and I adore the legend of Robin Hood. The premise sounds amazing but it’s received so many negative reviews from people that I really trust. After reading their reviews and looking at what other people have had to say about this book, I’ve decided to take it off my TBR. It’s such a shame because this book sounded like it had a lot of promise!

When sixteen-year-old Sylvie’s brother takes over management of their family’s vast estates, Sylvie feels powerless to stop his abuse of the local commoners. Her dearest friend asks her to run away to the woods with him, and soon a host of other villagers join them. Together, they form their own community and fight to right the wrongs perpetrated by the king and his noblemen. 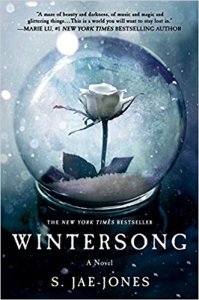 This is the book that I’m the most surprised about because I’ve read so many reviews talking about how great this book is.. I don’t think I’ve seen one negative review for it. The low rating doesn’t change my mind at all because it’s one that I’ve had on my shelf for a while now but I’ve just been waiting for the right time to read it.

All her life, Liesl has heard tales of the beautiful, dangerous Goblin King. They’ve enraptured her mind and spirit and inspired her musical compositions. Now eighteen and helping to run her family’s inn, Liesel can’t help but feel that her musical dreams and childhood fantasies are slipping away.

But when her own sister is taken by the Goblin King, Liesl has no choice but to journey to the Underground to save her. Drawn to the strange, captivating world she finds–and the mysterious man who rules it–she soon faces an impossible decision. With time and the old laws working against her, Liesl must discover who she truly is before her fate is sealed.

The Queens of Innis Lear by Tessa Gratton 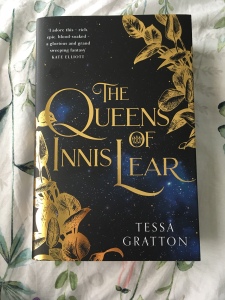 I’m not surprised to see this has low ratings, only because it’s a huge book and I’ve noticed that longer books tend to have lower reviews. I’ve read a lot of reviews for this one as well and the top reviews I’ve seen have been 5 stars. It’s still really interesting seeing the mixture of ratings for it, and I know to lower my expectations why I come to read it.

The erratic decisions of a prophecy-obsessed king have drained Innis Lear of its wild magic, leaving behind a trail of barren crops and despondent subjects. Enemy nations circle the once-bountiful isle, sensing its growing vulnerability, hungry to control the ideal port for all trade routes.

The king’s three daughters—battle-hungry Gaela, master manipulator Reagan, and restrained, starblessed Elia—know the realm’s only chance of resurrection is to crown a new sovereign, proving a strong hand can resurrect magic and defend itself. But their father will not choose an heir until the longest night of the year, when prophecies align and a poison ritual can be enacted.

Refusing to leave their future in the hands of blind faith, the daughters of Innis Lear prepare for war—but regardless of who wins the crown, the shores of Innis will weep the blood of a house divided. 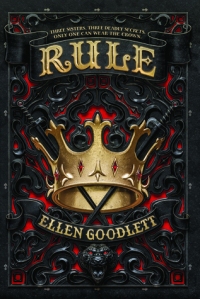 I think I saw this book on Twitter at some point and was really interested in the synopsis. The general premise sounds a bit like Three Dark Crowns, with the whole ‘only one can wear the crown’ thing. I haven’t read TDC yet but from the sounds of it, this book is nowhere near as good. I’m gonna leave this on my TBR for a little while longer and see if it still interests me in a few months, maybe after I’ve read TDC.

Three girls with three deadly secrets. Only one can wear the crown.

The king is dying, his heir has just been murdered, and rebellion brews in the east. But the kingdom of Kolonya and the outer Reaches has one last option before it descends into leaderless chaos.

Or rather, three unexpected options.

Zofi has spent her entire life trekking through the outer Reaches with her band of Travelers. She would do anything to protect the band, her family. But no one can ever find out how far she’s already gone.

Akeylah was raised in the Eastern Reach, surrounded by whispers of rebellion and abused by her father. Desperate to escape, she makes a decision that threatens the whole kingdom.

Ren grew up in Kolonya, serving as a lady’s maid and scheming her way out of the servants’ chambers. But one such plot could get her hung for treason if anyone ever discovers what she’s done.

When the king summons the girls, they arrive expecting arrest or even execution. Instead they learn the truth: they are his illegitimate daughters, and one must become his new heir. But someone in Kolonya knows their secrets, and that someone will stop at nothing to keep the sisters from their destiny… to rule.

Long May She Reign by Rhiannon Thomas 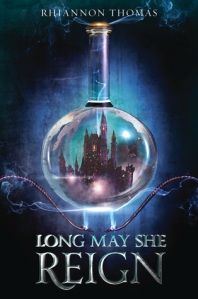 When I added this to my TBR, I already knew about the low rating but that still didn’t put me off. I think one of the main reasons why I added it in the first place is because of the title, it reminds me of a line from the show Reign which I loved so much. I’m definitely more interested in this book because it’s a standalone so it won’t take me forever to read.

Freya was never meant be queen. Twenty third in line to the throne, she never dreamed of a life in the palace, and would much rather research in her laboratory than participate in the intrigues of court. However, when an extravagant banquet turns deadly and the king and those closest to him are poisoned, Freya suddenly finds herself on the throne.

Freya may have escaped the massacre, but she is far from safe. The nobles don’t respect her, her councillors want to control her, and with the mystery of who killed the king still unsolved, Freya knows that a single mistake could cost her the kingdom – and her life.

Freya is determined to survive, and that means uncovering the murderers herself. Until then, she can’t trust anyone. Not her advisors. Not the king’s dashing and enigmatic illegitimate son. Not even her own father, who always wanted the best for her, but also wanted more power for himself.

As Freya’s enemies close in and her loyalties are tested, she must decide if she is ready to rule and, if so, how far she is willing to go to keep the crown.

I was so excited to read all of these books and I’m really surprised about the ratings for these ones. I don’t think I’ll be removing anything other than The Forest Queen from my TBR just yet because the rest are still books that I want to read at some point.

Have you read any of these books?

10 thoughts on “Lowest Rated Books on my TBR”

Follow Stuck in Fiction on WordPress.com
Join 707 other subscribers